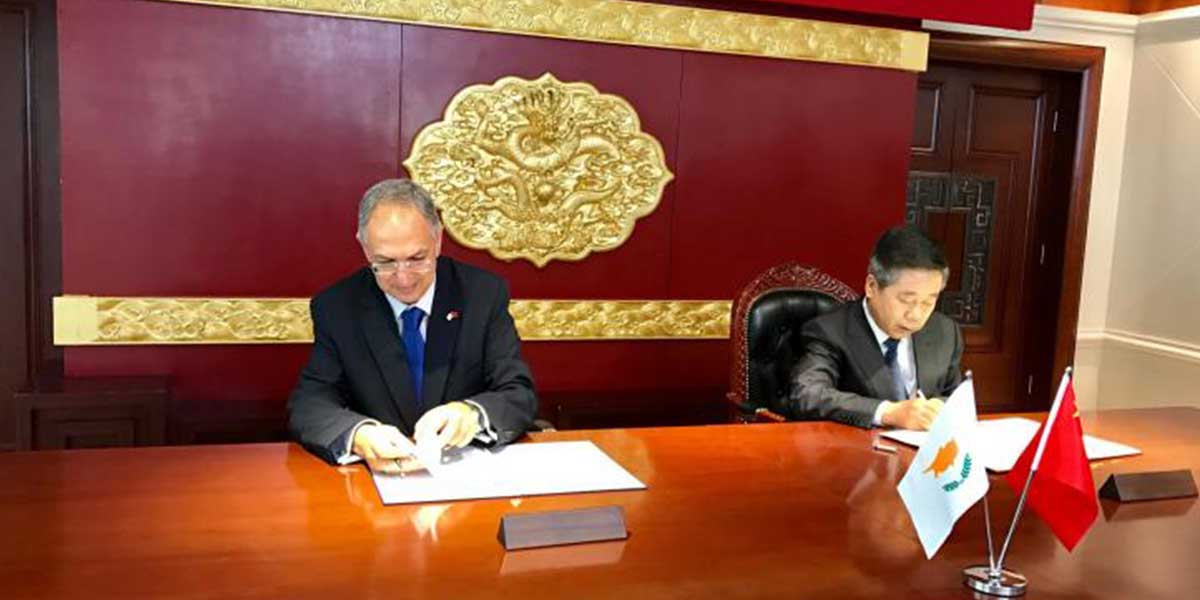 The Education & Culture Minister of Cyprus, Costas Kadis, and the Education Minister of the People’s Republic of China, Chen Baosheng, signed the Agreement for the Mutual Recognition of Higher Education Titles in Beijing, last weekend. With this agreement Cyprus is becoming a regional education and research centre that aims to attract even more foreign students. The agreement between the two countries will act as a catalyst for strengthening the co-operation in the field of higher education between the two countries. Based on the agreement, the academic degrees awarded by Cypriot universities, will be automatically recognised by China at an academic and professional level, while at the same time Cyprus will recognise Chinese university degrees. During the trip Mr. Kadis had the opportunity to meet the Culture Minister of the People’s Republic of China, Luo Shugang, and together they discussed ways to promote the cultural cooperation between the two states and the possibility of implementing a series of actions such as cultural exchange and events with traditional character. The Cypriot Minister welcomed the proposal of the Chinese Ministry of Culture to open a Chinese Cultural Centre in Cyprus.