TOURIST ARRIVALS IN CYPRUS HAVE EXCEEDED ALL EXPECTATIONS FOR MAY 2017 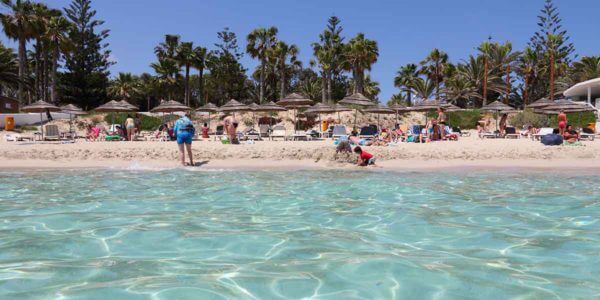 TOURIST ARRIVALS IN CYPRUS HAVE EXCEEDED ALL EXPECTATIONS FOR MAY 2017

Tourist arrivals in Cyprus have exceeded all expectations for May 2017, based on the findings of a recent survey from an international holiday association.The countries that have the utmost preference for Cyprus are the United Kingdom and Russia; combined together they constituted the main sources of tourism in Cyprus for May 2017 with 37.0% and 25.8% respectively.In depth, tourist arrivals from the UK have increased by 19.5% in May 2017 in comparison to May 2016. On the other hand, tourists from Russia who preferred Cyprus as their holiday destination, documented an 0.3% increase, while tourist markets such as Germany and Israel recorded a 54.9% and 92.9% increase respectively for May 2017.Larnaca, a modern European City with 75km of coastline and superb Blue-Flag beaches, documents all year-round high tourism occupancy rates, as it is fully booked for the summer season of 2017, something that is expected to last until early fall 2017.It is important to note that the tourist arrivals for May 2017 were the highest ever recorded in Cyprus for the specific month.